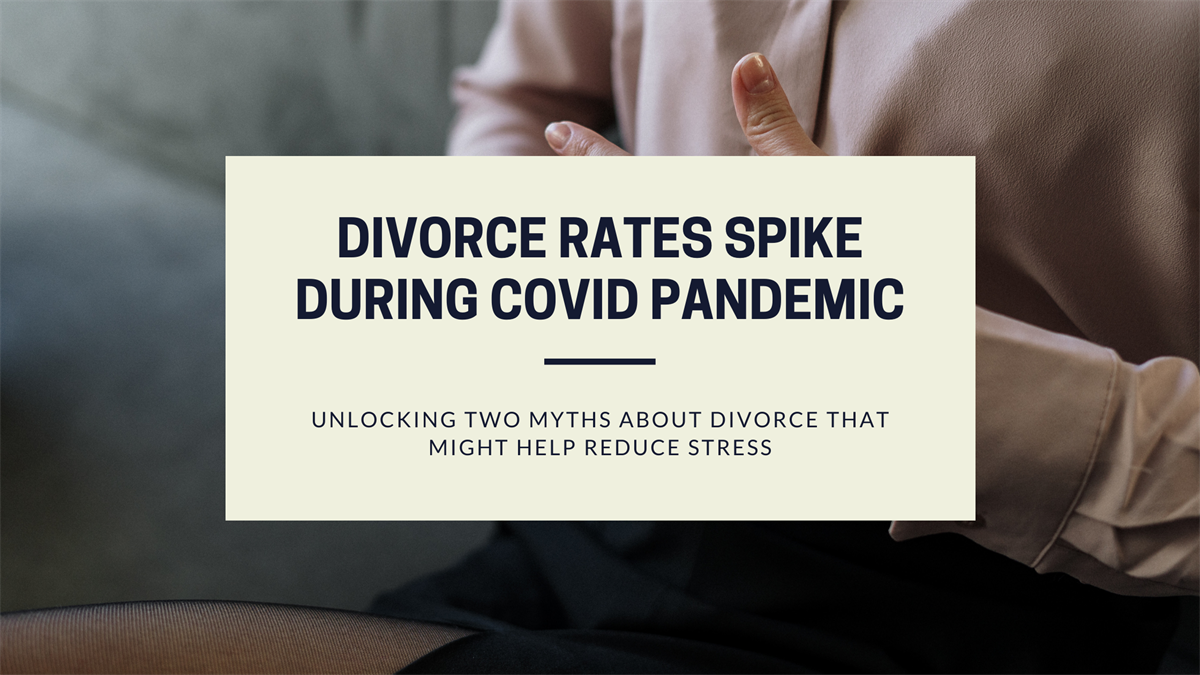 Divorce lawyers, marriage counselors and the U.S. court systems are bracing for a surge in divorce filings once quarantine restrictions are lifted. And while it might be months or years until we begin to fully understand the true impact that quarantining will have on America’s divorce rate, sadly the data that is beginning to emerge is not hopeful.

Late this summer, Legal Templates – a company that provides legal documents – announced a 34% increase in sales of their divorce agreement documents compared to the same time period in 2019. In addition, the jump in the number of Legal Template-users has provided shocking information about why so many couples are ending their marriages. And it is information that Legal Templates suggests “won’t be available from government sources or scientific studies for years to come.”

The data reveals that:

· Newlyweds were hit hardest by a significant margin;

· Couples in southern states were far more likely to seek a divorce;

· The rate of divorcing couples with children increased compared to 2019; and

· The number of life insurance policies and payouts required in divorce settlements soared.

At a time when nearly 50% of first marriages end in divorce already, learning the truth about this painful life transition is vital to both saving money and reducing stress. Unfortunately, despite living in an age of instant information access, myths about divorce are rife. This lack of understanding can damage your financial future short- and long-term. Let’s explore two of the more common myths.

Strangely, many people believe their manner of living isn’t affected after the marriage is over. But the lifestyle they’re accustomed to is over. Taking one household and making it two guarantees that both parties make sacrifices. In many cases, those sacrifices are severe.

Outcomes in divorces vary wildly from state to state, and there is a fundamental lack of common sense in settlements. Settlements too often freeze a former couple’s financial situation in place. One ex-spouse has a lifetime financial obligation, the other is barred from improving his or her financial standing on their own.

Worse, many state systems trap one spouse – more often the woman – in a spousal support situation that discourages re-marriage and penalizes their search for decently paying employment.

Those going through a divorce should ask themselves whether the former spouse will always be able to pay. Because often, that long-term, often punitive spousal support keeps both spouses at risk. If the ex-spouse becomes disabled and cannot work, the former spouse can lose that court-ordered income, for example.

Case in point: it was not that long ago that the state of Massachusetts recently changed its alimony statutes, following several egregious cases in which the paying spouse was forced into bankruptcy in some perverted attempt to help the receiving party. The new law in Massachusetts now has alimony ending at retirement in most cases. There are other limits as well, including one based on how long the couple was married.

Establishing a marital financial plan that allows for a simple division of assets could be one way to help reduce the financial and emotional stress of a divorce.

Many divorcees believe that once their settlement is final, the financial troubles with their ex are over. Unfortunately, even when an equitable financial settlement is reached, issues like reimbursements for expenses related to raising children can force the divorcing couple to interact with each other directly every month. And in many cases, such interaction is a bad idea.

Before signing the papers, make sure settlements can be modified as circumstances change. A child’s needs may shift over the years in ways no one can predict.

Review all aspects of a settlement and ensure it makes sense to both spouses – both the paying party and the receiving party – who must live with the outcome. Usually, child support is the only modifiable part of a settlement agreement.

While they are never pleasant, planning in advance can help mitigate their negative impact. The simplest piece of divorce advice is that there are no do-overs, so it pays to get the settlement done right the first time.

The opinions voiced in this material are for general information only and are not intended to provide specific advice or recommendations for any individual.

All information is believed to be from reliable sources; however LPL Financial makes no representation as to its completeness or accuracy.

This information is not intended to be a substitute for individualized legal advice. Please consult your legal advisor regarding your specific situation.

This article was prepared by FMeX Publishing.